Another over night hard seat train, with no window and a smoke filled carriage, brought me here, to the old South capital and home of some interesting uprisings and war events. Sadly bein slightly ill from the food I last eat in Xi'an meant I wasn't in the best of moods when I got here. 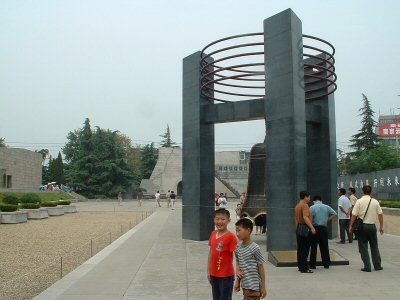 I spent the first day just trying to find some accomodation that was at least reasonably priced (nothing under 100 kuai). I managed to stumble to the Rape of Nanjing war memorial where over 30 000 people were killed by the invading Japennese forces. 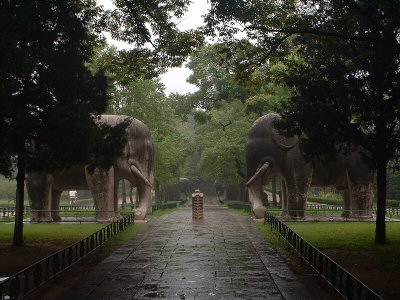 The second day I attempted the Purple Cloud Mountain sites including the first Ming Tomb (above) and Dr Sun Yatsun's morsoleum. He was a Christian who was really behing some of the majour changes that brought China into the state it's reached now. Lots of steps. 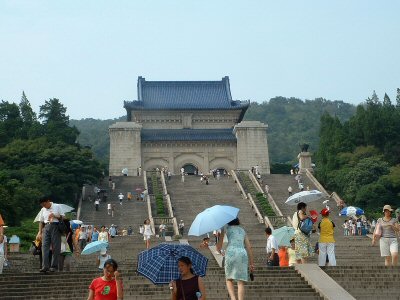 The mausoleum of Dr Sun, a Christian by the way

My second night I stayed in a completely appayling 'motel' thing where I barracaded myself in the room for fear of being offered prostitutes. Avoid the train station touts at all costs (in fact I knew what I was letting myself in for, I just couldn't stand spending another 100 kuai for a night). 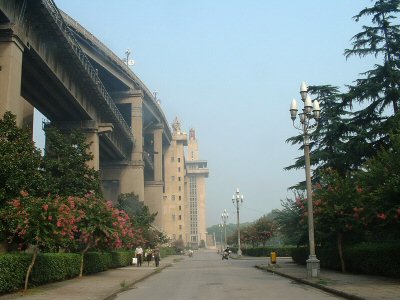 I was pleassed to leave Nanjing by the third day but managed to make my way to the mighty Yangtze river corssing bridge before my train, heavily laden with all my bags. Well worth a visit despit the charges, and would be throughily staggering if it were clear, if it's ever clear. 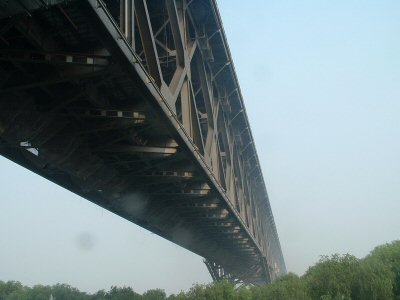 On to Shanghai and the company of friends!