I arrived in Beijing at about 2 in the afternoon after about a 10 hour flight, and emotional send-off and 4 hours sleep the previous night. So one of the first things I did on reaching my youth hostel was have a few hours sleep. 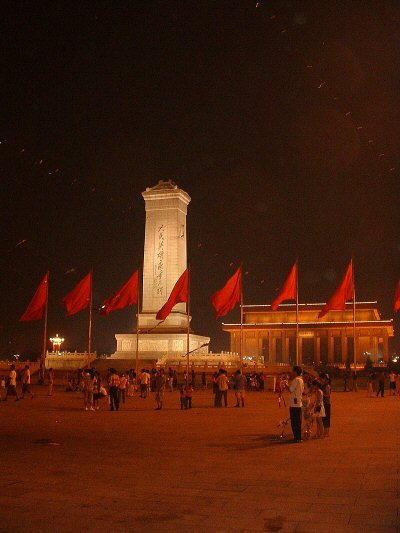 When I woke it was getting dark and I decided to walk to Tiananmen Square to have a look - it didn't look very far on the map. COurse the scale of the map was Chinese, it was quite far indeed (one block is a good 15 minuets walk!) however, it was well worth the trek and a beautiful night with loads of people flying kites and I met a nice Chinese student wanting to practice her English which i later found out is often a ploy, thankfully she just showed me a tea shop. 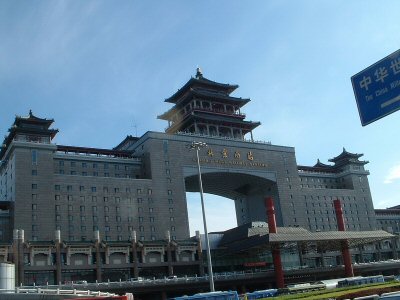 After a day of rest and 'coping' in which I met up with an old CU friend I booked and took a train out to Xi'an, hard seat - cheap!